We endeavour to provide children with as many opportunities as possibe to meet a range of different authors.  By doing this, we hope to further encourage a love of reading, whilst also aiming to equip children with a knowledge of what it takes to become a successful writer.  Throughout the course of the year, we strive to ensure that whole school workshops are conducted with a storyteller, novelist and poet.  Children then undertake follow up work based around a text by that particular writer.  Year 6 pupils also partake in an interactive workshop with The Young Shakespeare Company who focus on the meaning behing Shakespeare's Macbeth.  To date, since starting this initiative back in 2019, we have had the following novellists, storytellers and poets: (Some photos of our workshops with these authors can be found at the bottom of the page)

John Row tours schools around the world and other institutions such as prisons. He has been a presence in Texas where he has performed in detention centres for the young inmates. He was the first storyteller in residence in a British prison.  He is a regular performer at festivals throughout the U.K. He has a weekly radio show on Ipswich Community Radio one of the first community radio stations in the county which now has a full-time licence.   He is a regular contributor to 'On Track' a magazine for rail travellers in the Southern Region. Touring with singer/songwriter Paddy Stratton he is one half of 'Serious Times', a music and poetry show.

Performing in the 1960s he joined up with Graham Flight from the Canterbury band 'Wild Flowers' which spawned both 'Soft Machine' and 'Caravan'. In the 1970s he toured with Nick Toczek in 'Stereo Graffiti' and in the 1980s and early 1990s with 'Sound Proposition' an anarchic combination of free form jazz, funk and poetry which toured East Germany in the last weeks of its existence.  Throughout the late 1990s and the first half of the 2000s (decade) he concentrated on storytelling apart from on his visits to Texas where he appeared at the Austin International Poetry Festival. His book of poems for children 'The Pong Machine' was published in 1999.  He also participated in a workshop for children in Algeria in September 2012, a workshop held by the British Council in Algiers, alongside that was a workshop for English teachers and how to teach English through storytelling.

SPOZ also goes by the longer name of Giovanni Esposito. He is an award-winning performance poet, singer / songwriter, film maker, playwright and is the poet-in-residence at Birmingham City FC. He has been seen on BBC and Central Television, has written for and been heard on BBC Radio Four, Radio Five Live, Radio West Midlands, Radio Coventry & Warwickshire and Capital Gold. 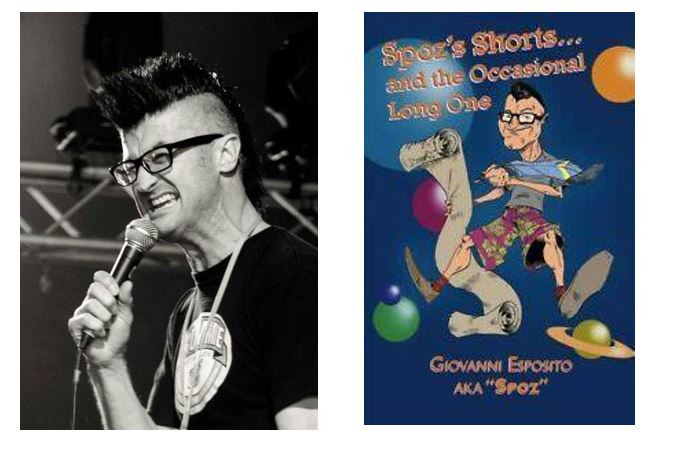 Jane spent many years working as an EYFS and primary school teacher. She spent hours reading picture books, chapter books and poetry
aloud to delighted young audiences. Jane loves the impact that a good story has on a child, emotionally and educationally!
With a vivid imagination, even from an early age, Jane always loved making up and telling stories. As a mum and teacher, she made up
rhymes and songs to share with her own children and the children that she taught.

Jane's background is in art and design. She worked as a textile designer, a design lecturer and sold many paintings over the years. Some
years ago she was lucky enough to be one of the winners in the Channel 4 Self Portrait competition. Along with the other finalists, her art
work was exhibited in the National Portrait Gallery and then travelled to various galleries in the UK.
Her ambition is to share her passion for storytelling and illustration with a wide audience. She would also love to inspire some future
budding authors and illustrators.

Oliver Lum and the Bubblegum was the first published picture book that Jane wrote and illustrated. In October 2021 Jane published her
sequel; Oliver Lum and the Prickly Plum. Prior to publishing her own picture books, Jane previously illustrated for other authors. One of the
most recent publications that Jane has illustrated is the picture book ‘Sausage Magic’ by US author Lauren Heidingsfelder.
Jane is a mum to two wonderful teenage girls and a rather plump ginger and white cat! She's a wife, daughter and good friend. In her
limited spare time she avidly reads, cooks, paints, tends to her garden, dances and goes for long walks.

Salma Zaman is a children’s writer, bollywood teacher, choreographer, fitness instructor and the founder and artistic director of Salma’s Bollywood Academy (SBA), the first ever British-Asian Bollywood dance academy for the North of England. Salma has been teaching for many years. She provides professional educational school workshops for all ages, levels, and abilities all around the UK and abroad.

As well as writing for her local paper, Salma has appeared on Coronation Street, BBC1, BBC2, BBC3, ITV, Channel 4 – Identity with Donny Osmond and choreographed and performed for Bollywood stars. In addition to this Salma has choreographed pop videos and worked on several British films.

Salma’s first book The Bollywood Princess was published in 2012 and her latest book ‘I Can’t Dance Without my Banghra Pants’ is centered around her own son who is autistic.

Leanne Brown, the author of Daniel’s Dreams: Monster Mountain, lives is Greater Manchester, England with her partner Steve and her young daughter, Erin.  Leanne is a qualified secondary English teacher, who has specialised in special educational needs, and is now focusing on writing children’s books based on mental health issues that arise in children. Mental health is something that Leanne is passionate about and hopes her books will help young children everywhere.  When not writing, Leanne likes to spend time with her family. She loves to read, colour, watch a good series or film, go swimming, enjoy a meal out and spending quality time with her daughter and partner. 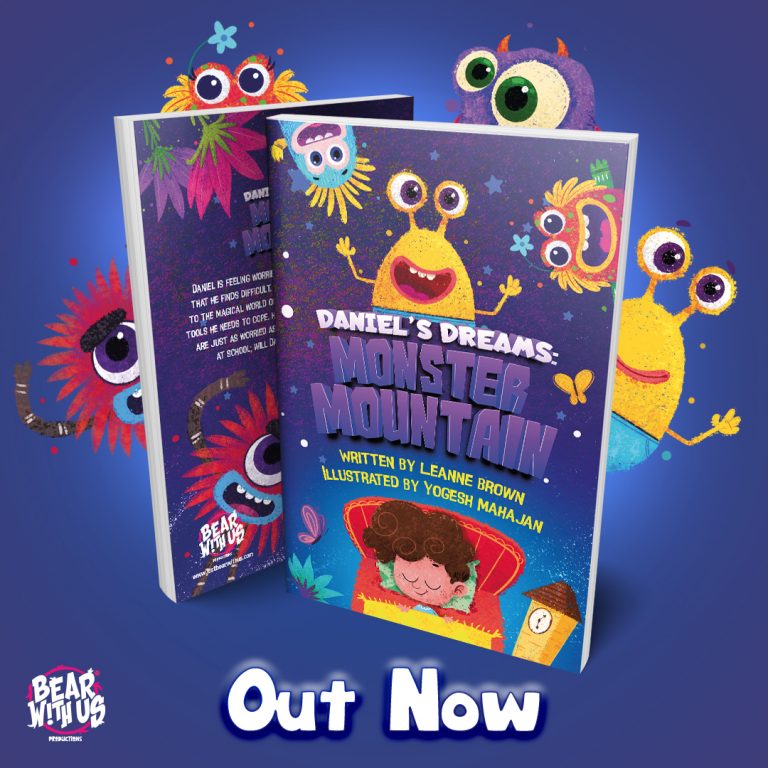 Donavan has been writing Poetry seriously for the past 15 years as a tool for self-expression  and to tackle social problems via the sports participation and cultural equality (SPACE) Project in Huddersfield. As D. BO (musician). He has worked the underground circuit on Reggae/Ragga Sound Systems also Jungle and Drum and Bass Music, performing and hosting events from local to international venues. He has had a great amount of success in this field, which still continues today.

He is currently working on Rap Poetry Educational Projects. Themes include respect of self and others, and an insight into Cultural Diversity around the world we all share. Dealing with all types of difficult issues, promoting Respect All People he engages the younger audience, giving them the forum to share and discuss views, helping them capture and express their thoughts and imagination in a safe enviroment, all done in a captivating and fun way.

Richard O'Neill is a master storyteller brought up in the nomadic storytelling tradition he has made and continues to make a huge contribution to the art of storytelling across the world.  Richard was born into a large family in a small mining community in the North East of England in 1962. His family travelled with the seasons all over the country. He attended a lot of schools for short periods, but even though his formal education was sporadic to say the least, he developed a love of words and a love of books.

He has been travelling ever since taking his storytelling skills around the country, winter will find him in Manchester, the rest of the year telling tales and performing anywhere from Cumbria to Cornwall, Skegness to Southport.  Best known for storytelling, Richard is also the author of a number of children's books, and award winning plays for adult audiences, a number of which have been broadcast on national radio.  Richard has worked professionally with young people since 1997 in youth clubs, schools, colleges and prisons. As an entrepreneur he teaches enterprise skills to young people and adults, and has helped many people to become self employed and self sufficient. He's increasingly asked to work in companies and other organisations to help them deal with change and increase creativity.

Richard works with an ever growing and diverse clientele. From the Imperial War Museum Manchester, to Idea Store London, small rural schools to the largest primary in England, secondary schools, colleges, universities, local authorities, national and local charities, libraries, and companies of all sizes and types. He teaches storytelling skills to a range of educators and other professionals.

Richard blends the old and new producing and telling unique, exciting and original stories, workshops, books and plays for adults and children of all ages and key stages.  He has been awarded 'National Literacy Hero status'. 'Outstanding' from Ofsted for his work in schools. Beacon and Yellow Rose awards for his work in community leadership and a fellowship of entrepreneurship.

A traditional wood carver, Richard makes all of his own resources and props for his original stories, including the much loved Pegz and Truglies, Tree Buddies and Wood Bot. He maintains that 'Story' is the beating heart of all good communication. And that its always best to undersell and over deliver rather than the other way around. 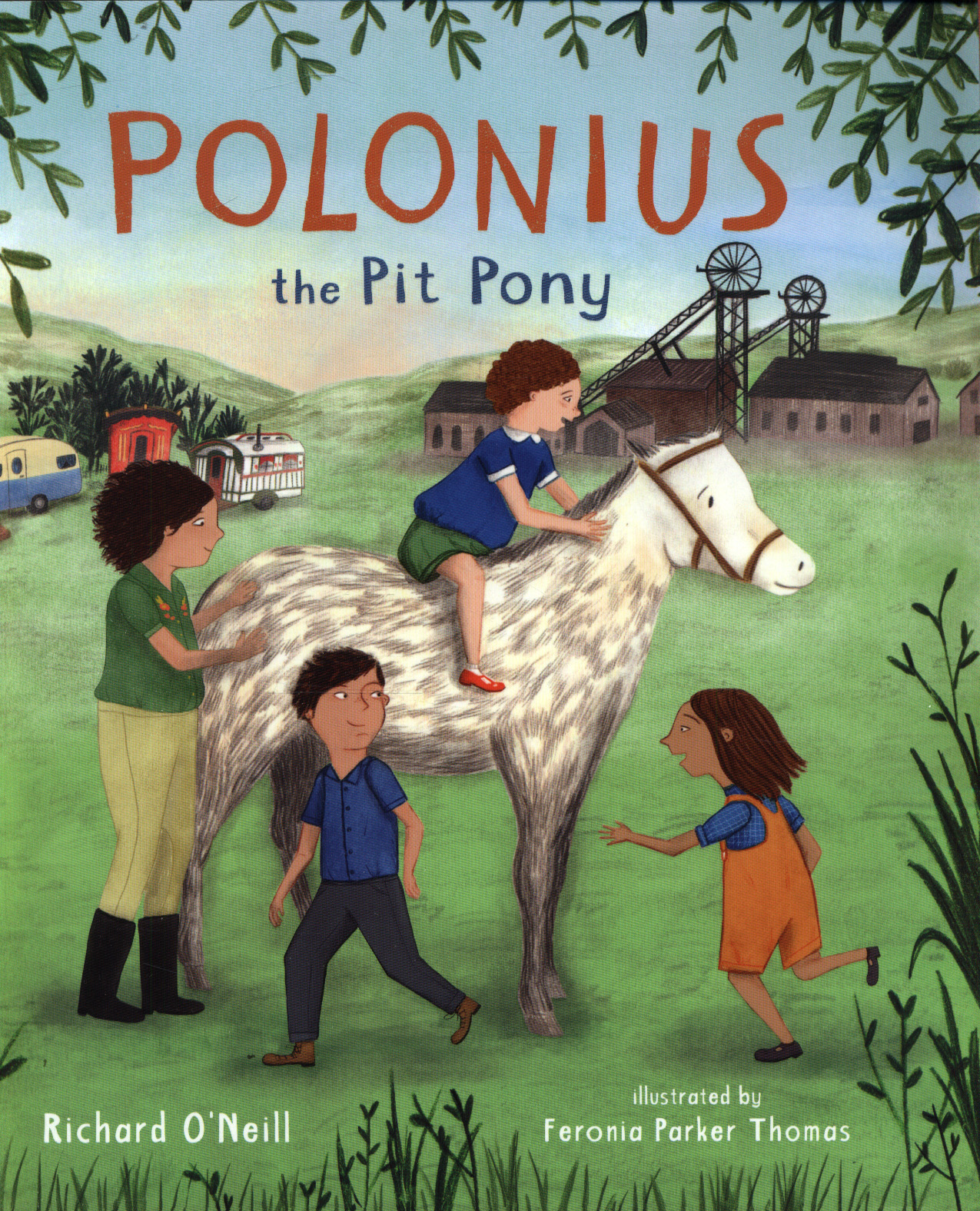 Terry is poet in residence at the National Football Museum, Bridgewater Hall in Manchester, National Coal Mining Museum in Wakefield and Citadel Theatre in St. Helens.
He was commissioned to write by the Roald Dahl Foundation and had the lyrics to one of his songs chosen to be one of the official children’s songs for the 2012 Olympics.Terry has won many awards over the years and receives excellent feedback from his events.
He likes to make his workshops fun as well as educational so the children can see that reading and writing are positive experiences which should be enjoyed by all. Terry’s workshops involve literacy, socialising, playing and having fun with words and language. The more fun the children can have, the more creative they are in his sessions – sharing the creativity, building confidence and self esteem in a very friendly and supportive environment. His Able Writers’ Days are suitable for children in two consecutive year groups from year 2 right the way through to KS3 students. He gives invaluable tips and demonstrates how poets work and craft ideas from their scribbler/notebook/ jotter and alerts the children to the importance of planning, being prepared to make mistakes in the journey to completing a poem. Each child receives a certificate of attendance to take home with their work too.

Terry’s literacy workshops come from a person who wasn’t always the brilliant poet he is now. He was a more reluctant writer at school, he had his heart set on following the family tradition to become a professional footballer. When this dream was ended when he broke his leg, Terry tried many different career choices before recognising his love of words and poetry. Children find Terry really easy to relate to and soon learn how easy poetry can be with a little guidance and encouragement from Terry. The main thing in these sessions is to keep the day fun, interactive and in shorter sessions rather than long one – this way the children don’t lose interest and switch off. The staff involved have lots of fun too. 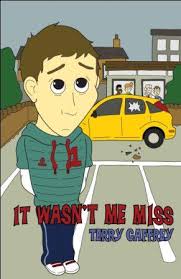